Wolves in the Walls, the VR adaptation of Neil Gaiman and Dave Mckean’s classic children’s book by the same name, reaches its thrilling conclusion with the release of Chapter 3: They’re Everywhere! out today for Oculus Rift.

From the opening moments of the first chapter to the closing moments of the finale, Wolves in the Walls is a gripping, emotional story that feels not only enhanced by existing exclusively in VR, but feels like that’s the only way it could be experienced.

In it you take on the role of Lucy’s seemingly “imaginary” friend that she draws out of chalk. When no one believes her that wolves are living in the walls she has to create someone that will.

“No one believes Lucy, so she had to go as far as to create someone who does… that’s why she created us, the audience, her imaginary friend,” said Jessica Shamash, Wolves in the Walls VR co-creator. “A companion, someone who will listen to her and go on this adventure with her. We are responsible for creating the inciting incident. By taking a photo, and getting evidence of wolves, you send Lucy on her quest. It’s as if you gave Harry Potter his wand, or you steal the bicycle in The Bicycle Thief. Your actions are that important. It’s not Lucy’s picture who gets proof, it’s yours. You finally provide the evidence she’s been looking for.”

Lucy doesn’t just exist to let you watch her experience things as a passive viewer, but looks to you as an active participant throughout and the degree of believable interaction on display here is a spellbinding kind of magic that I hope to see in VR far more often going forward. The team at Fable managed to make me truly care about a fictional, digital character.

It’s both the small things, like how she believably follows you with her eyes and seems aware of your physical space inside the digital world, and the major things, like how she speaks with you directly and remembers your actions. Those memories and callbacks to previous Chapters in the narrative and further establish Lucy as a virtual character that really feels alive.

“This is an experience about togetherness, a relationship between a character, Lucy and a person, You,” say co-creators Pete Billington and Jessica Shamash. “This is about a child’s imagination and taking you back to your childhood friendships. The feelings where anything was possible and everything was larger than life. It’s seeing the world through an 8-year old’s eyes. We go so far as to rescale you to Lucy’s height, which creates this intimate bond and connection so you are literally seeing the world through her eyes. You’re not just watching a character’s story, you’re a part of it. “

At the end of Wolves in the Walls: They’re Everywhere! there is a tease of what’s to come next. The next step in the story is Whispers in the Night, which will further lean into the memories Lucy has formed with you and carry them over into the forthcoming new experience. Whispers in the Night is reportedly focused even more on building and expanding your relationship with Lucy so I can’t wait to see where things go next.

Fable have done incredible work with Wolves in the Walls — even winning an Emmy for their efforts — so I’m absolutely strapped in for wherever they take me next.

The entirety of Wolves in the Walls is available FOR FREE for Oculus Rift on Oculus Home today as of 10AM PT and we highly recommend checking it out. Additionally, Fable is putting on the Virtual Beings Summit on November 19th in Los Angeles, CA with speakers from the worlds of virtual assistants, influencers, and machine learning/AI.

The post Wolves In The Walls Chapter 3 Is A Thrilling Conclusion To Lucy’s Story appeared first on UploadVR. 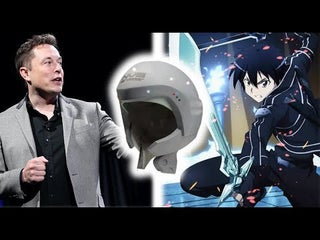