On April 30, 2019, Valve lifted the embargo on initial impressions of the Index PC-powered VR headset while revealing it would be making a fully realized, ‘flagship’ VR game. At the same moment, Mark Zuckerberg was taking the stage at Facebook’s F8 developer’s conference at the San Jose Convention Center to talk about the Rift S and Oculus Quest. The battle was on to push VR forward and capture more dollars.

Now, more than a year later, I’ve had access to Index and Quest and have some addendums to add to our original Index review and more considerations to take into account. Here are 5 things to consider if you’re thinking about buying a Valve Index in 2020. 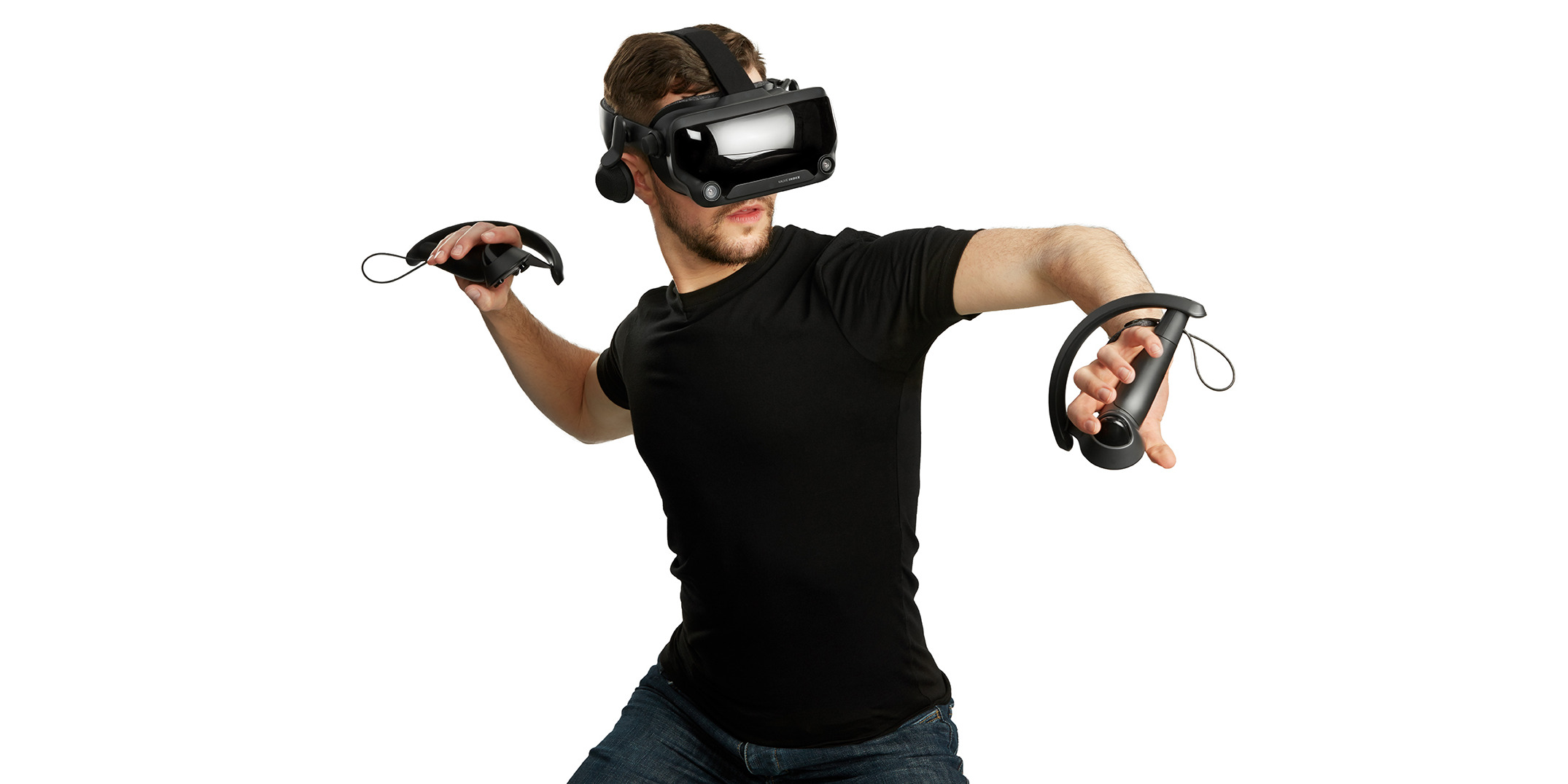 I’ll start here because, after one year on the market, the prevalence of reports suggesting a range of hardware issues related to Index is notable.

The headset Valve sent us to review for the launch in 2019 developed a dead pixel in 2020, and another Index sent to our Half-Life: Alyx reviewer in 2020 on another continent stopped working entirely after two weeks of use — there’s a red light on it and nothing we’ve tried has been able to fix it. A third Index a staffer bought in mid-2019 hasn’t had any specific hardware issues.

We’ve also seen countless reports from folks with issues surrounding the Index controller analog sticks and the SteamVR Tracking base stations, though we haven’t experienced these issues ourselves.

While we’ve also seen a number of these folks have a responsive experience with Valve’s customer relations — getting replacements sent quickly for example — Valve’s also not publicly acknowledged issues and, given the relatively small size of the VR community with places like r/Valveindex and our own tips inbox being some of the only outlets to turn when you have VR issues, it’s been difficult to gauge whether these hardware problems are any more or less common than those seen with other VR headsets.

Nonetheless, these issues are notable and you should be aware of them.

We received and reviewed Index before the heat of summer truly settled in and, while it can get sweaty inside the headset, it’s also easy to get sweaty in practically all current generation headsets which encourage room-scale movement. After months and months of use, though, and in particular using Index through the summer months, it is clear Valve’s headset gets somewhat warmer than other headsets.

You’ll likely need to turn the air conditioning cooler on warm days or consider an option like chilldex to cool the headset down and make your stay in VR more comfortable.

As of this writing it is still expected to take eight weeks or more to receive an Index from the time you order it. While that might change by the time there are other options readily available — like when Reverb G2 ships this fall — that’s also an extraordinary wait.

Headsets like Rift S and even the Link-powered Quest come in and out of stock with regularity as well, but a two month delay before receiving an Index is something significant to consider if you’re weighing Index against another option.

“We are continuing to make every effort possible to keep up with the ongoing demand and deliver units in a timely fashion, while navigating the challenges of shipping during the pandemic. We appreciate everyone’s patience, and we’ll let you know when we have more specifics,” a Valve representative explained in a prepared statement.

Valve improved Index software support quite a bit over the course of the year — improving the menu and the library screen you interact with in VR, adding a 3D Passthrough mode (which is experimental at the time of this writing) while also making it much faster to switch the frame rate for each virtual world you visit. So it’s much easier to enjoy the superior smoothness of 144 HZ when the game you’re playing is a nice fit for it.

Valve’s Index controllers can sense movement of all five fingers while strapping to your hand and allowing you to fully release the controllers from your grip. Half-Life: Alyx makes incredible use of the controllers to enable optional interactions while driving you to play it for such long periods that actually fully releasing the controllers from your grip is both a relief and a subtle but important enhancement to immersion. But we’d be hard-pressed to come up with a lot of other examples which make a strong case for spending a premium to have those moments, and it seems like the controllers have seen somewhat slow adoption. Plus, given that HP’s upcoming Reverb 2 essentially matches the input style of Oculus Touch (minus capacitive sensors), we’d expect Index controller-specific moments to be few and far in between for the foreseeable future. 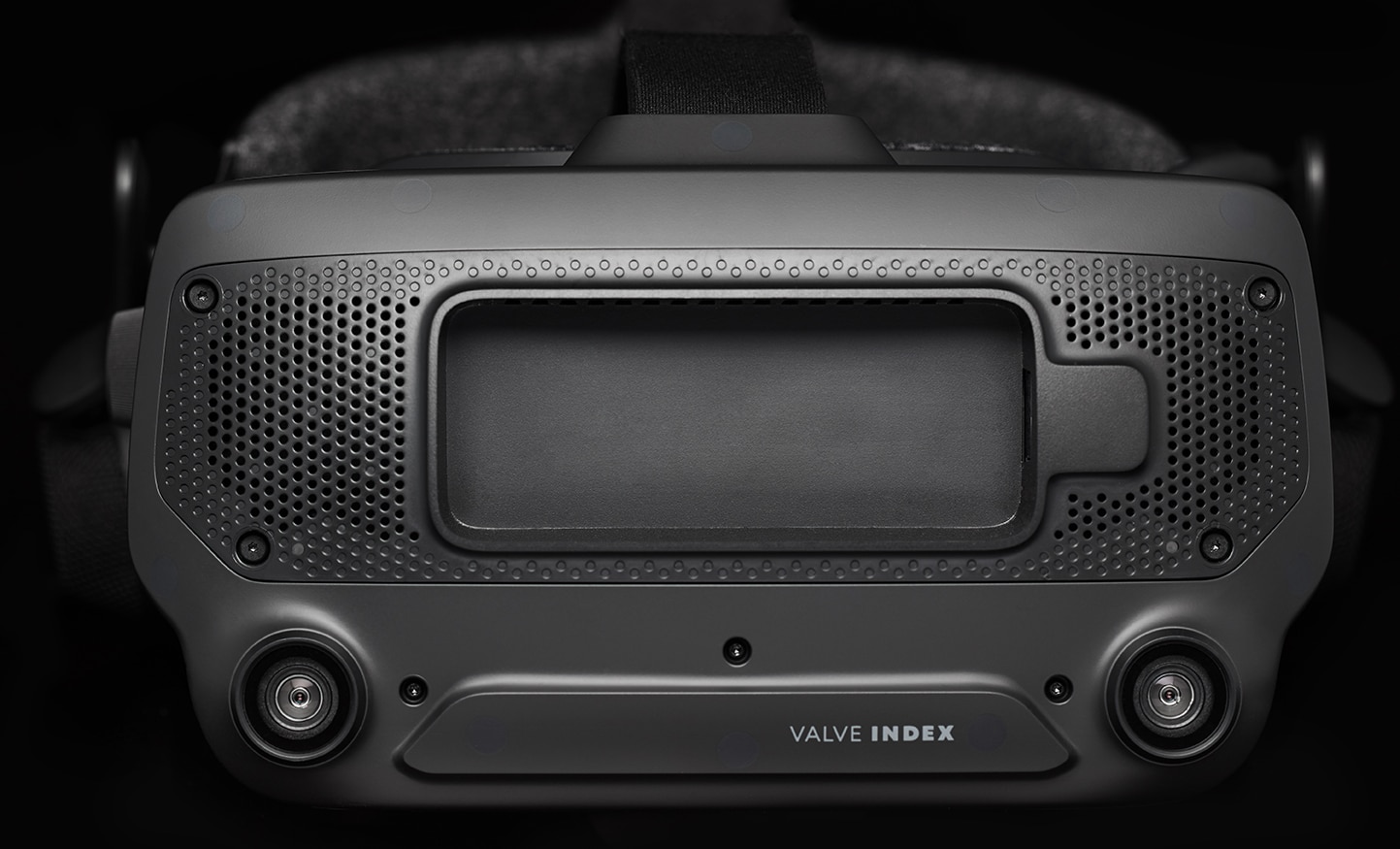 When Valve Index entered the market it arrived in competition with the original HP Reverb and the Rift S. Neither Rift S nor Reverb carry physical lens separation adjustment. While I found Rift S tolerable even without this adjustment, the distance between my eyes was too significant a mismatch for the original Reverb and I couldn’t bring myself to review the headset. I reasoned it would be equivalent to reviewing a shoe that was two sizes too small.

By the end of the year Vive Cosmos entered the market — with some tracking and fitting hiccups of its own — and Oculus Quest gained the game-changing ability to be both a standalone wireless headset and a solid option to use in a wired PC-powered mode. 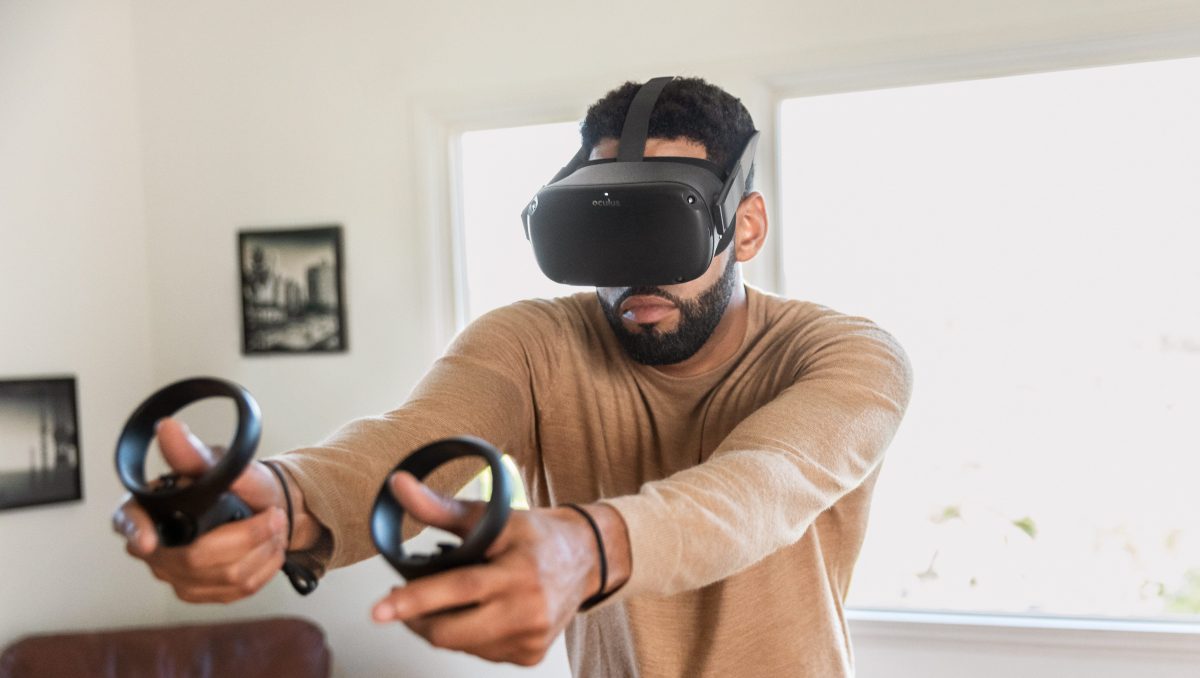 Now in 2020, HP seems to have learned from Reverb’s shortcomings and is already taking pre-orders for the Reverb G2. The headset seems tailored to take some of the best features of Index (like its audio technology) and combine it with the same kind of input seen on the Oculus Touch controllers. In addition, G2 uses more tracking cameras than the original and that requires no additional setup. 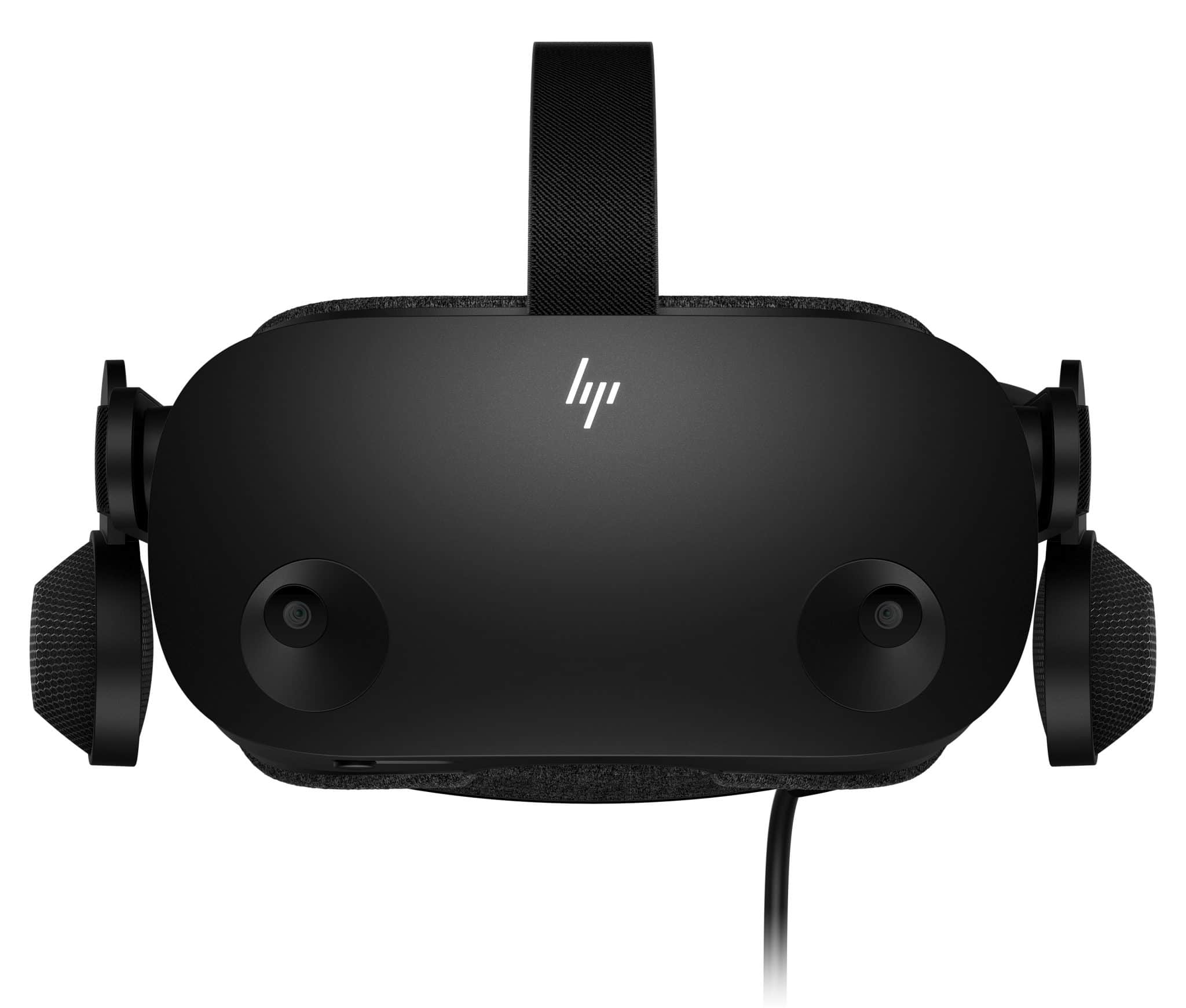 While I still adore the SteamVR base stations and their tracking quality — I set them up last year and forgot about them — outside-the-headset room setup seen with SteamVR is starting to look antiquated when compared with the ease of setting up or adjusting a guardian barrier in a Quest. It’s still absolute magic to walk out of a room with a Quest and set up a new room to play within a few seconds.

Which brings me to the reality of wireless VR. Over one year of use with both Quest and Index I found myself preferring both depending on the circumstances. I never once wanted to use Link to play Half-Life: Alyx — or games like No Man’s Sky or H3VR — and when I want to play my favorite VR game Pistol Whip, I’ll almost always choose to fire up my PC and launch SteamVR with Index rather than playing in Quest.

But if I look back at my last year of VR usage outside those specific examples I’ve had an incredible number of joyous and even revelatory moments because I have multiple Quests in my own home, and my team and some of my friends have Quests ready to fire up at a moment’s notice.

I enjoyed unforgettable moments in Ironlights, Eleven: Table Tennis, Crisis VRigade, Titans of Space: Plus, Elven Assassin, The Under Presents, Rec Room, SculptrVR, Tetris Effect — even witnessing an incredible networked sign language experiment — all because I had a self-contained wireless headset at my disposal.

It’s also a fact that every one of the software products named above should run technically better on a wired Index with a beefy PC — even our virtual studio, The VR Download, where we host our virtual podcast recordings technically benefit from donning Index and its incredible microphone, as opposed to a Quest hooked up over Link. And I’m less likely to come out of VR with a headache after a visit with Index while my head frequently hurts after time with Quest. These remain substantial reasons to consider an Index purchase.

But after more than a year of living with these headsets and using both as significant parts of my work and recreation — and reflecting on the memorable moments I’ve had and the amount of time I’ve spent in each headset over the span of a year of VR use — Quest and its wireless convenience, inside-the-headset setup, and its PC-optional compatibility has started becoming my go-to system with more frequency than Index.

Index still enables longer stays in VR with less discomfort than any other headset I’ve tried. It’s my go to machine to play my favorite VR content, even if there is a dead pixel in my view I can see if I go looking for it. But without a convenient wireless option of any kind it is becoming increasingly difficult to make a clear recommendation for Index. Wireless is just too important a feature to think about for VR buyers.

The price difference between Index, Quest and other headsets is vast as well. You can buy two 128 GB Quests for the same price as one full Index and you can connect those Quests to your Wi-Fi network to play games of ping pong in Eleven Table Tennis or have swordfights in Ironlights with absolutely no Internet lag. With more options coming like Reverb G2 on the way, delivering easier setup with some of Index’s most touted features, the case for buying an Index may become much harder to make as the year wears on. That is, unless Valve gets a wireless option out the door.

“We’re excited about the promise of wireless VR and are continuing to explore its possibilities,” a Valve representative explained in a prepared statement.

Note: Shortly after publication of this piece a Valve representative sent over comments responding to a few questions we sent the company a couple days prior to publication. Those comments have been added above.