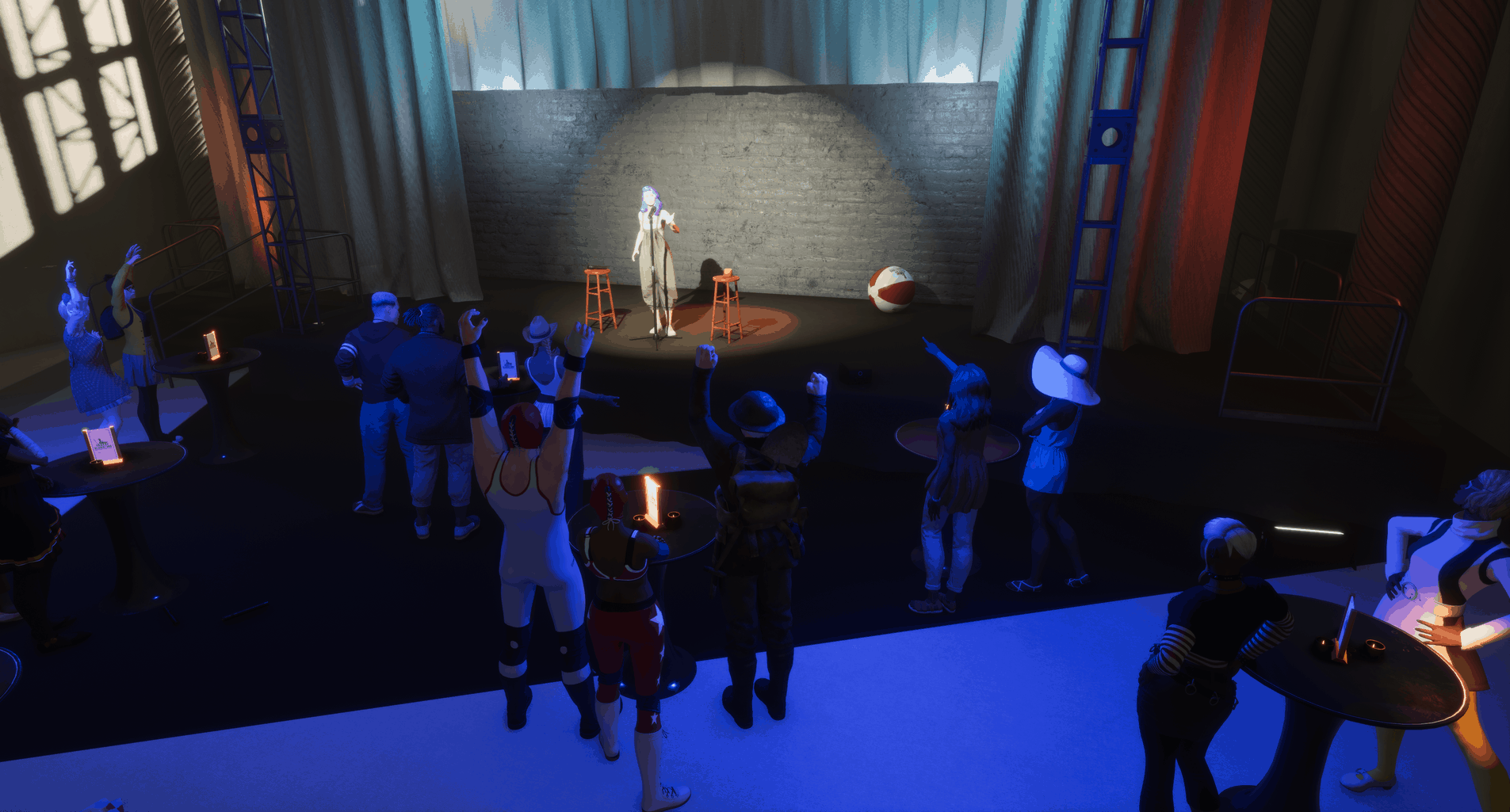 Interact with an AI-powered virtual being named Lucy.

In the first chapter of the Wolves in the Walls series, “Whisper in the Night,” you met Lucy, a brave 8-year-old girl who was hearing strange unexplained growling noises coming from all corners of her home. She was adamant that it was wolves lurking in the deep shadows of her attic, and with your help, Lucy was able to collect the photographic evidence needed to prove that there were actual wolves in the actual walls of her home.

In Chapter 2, “It’s All Over,” picks up the story where Whispers in the Night left off. With the evidence in hand, the two of you desperately need to convince Lucy’s family that the wolves are real before it’s too late. The VR experience is supercharged through Lucy’s wild imagination as you go from room to room of her house where each family member is too involved in their own doings to bother looking at the proof you and Lucy collected of the wolves in the walls.

How do you get them to pay attention before it’s too late?! Because when the wolves come out of the walls – it’s all over.

Creators used the powerful VR illustration and animation tool Quill, to bring the world of Wolves in the Walls to life. Each room you visit is transformed to reflect Lucy’s emotional and imaginative point of view. The experience is “fantastic and emotionally architectural in nature,” according to Steve Billington, one of the creators of the experience.

Following her limitless imagination, Lucy’s home transforms throughout the experience. The kitchen converts into an industrial jam factory; the den becomes a concert hall. At one point, you will find yourself immersed inside of a video game where you eventually regress into a child’s therapy drawing.

“Whispers in the Night” and “It’s All Over” both incorporate Natural Language Processing (NLP), a technique that allows for personalized conversations with Lucy in real-time.

Lucy is a virtual being that remembers things you’ve told her and is able to incorporate that knowledge into your discussions. You can ask questions, and respond to hers, with no two conversations ever being the same. You’re able to build a two-way relationship with her that feels surprisingly real and genuinely natural.

In an interview with VRScout, Bilington talks about how NLP and virtual beings would impact the second chapter of the Wolves in the Walls story: “One of our foundational beliefs is that the future of character is grounded in memory. Lucy remembers what you have done, the choices you have made and will refer back to those choices.”

“This makes each experience unique and tailored to the audience,” Billington continues. “The more time we spend with her, the more important and impactful these memories become.”

To reinforce that connection with Lucy, the team at Fable plan on showing chapters 1 & 2 back to back during Tribeca Immersive at the Tribeca Film Festival in NYC. Bilington explains that Lucy is constantly connecting with you through a form of interaction they refer to as“Haiku Moments”.

Similar to Chapter 1, these are intimate, close proximity activities, like listening to the wall with a jam jar, or making a potion together to protect Pig Puppet; moments that progressively make you feel more attached to Lucy and feel increasingly responsible for her well-being.

Wolves in the Walls: It’s All Over is the second chapter of Fable’s immersive VR fairytale based on Neil Gaiman and Dave McKean’s award-winning book Wolves in the Walls, created by Peter Billington and Jessica Yaffa Shamash in collaboration with Facebook Sound+Design, Third Rail Projects, Oculus Studios, Edward Saatchi, and Chris Hanson.

Wolves in the Walls: It’s All Over will be part of Tribeca Film Festival’s Immersive program happening now until May 5th. For more information on this year’s happenings, visit the Tribeca website.

The post TRIBECA: Interact With A Virtual Being In Fable’s ‘Wolves In The Walls: It’s All Over’ appeared first on VRScout.