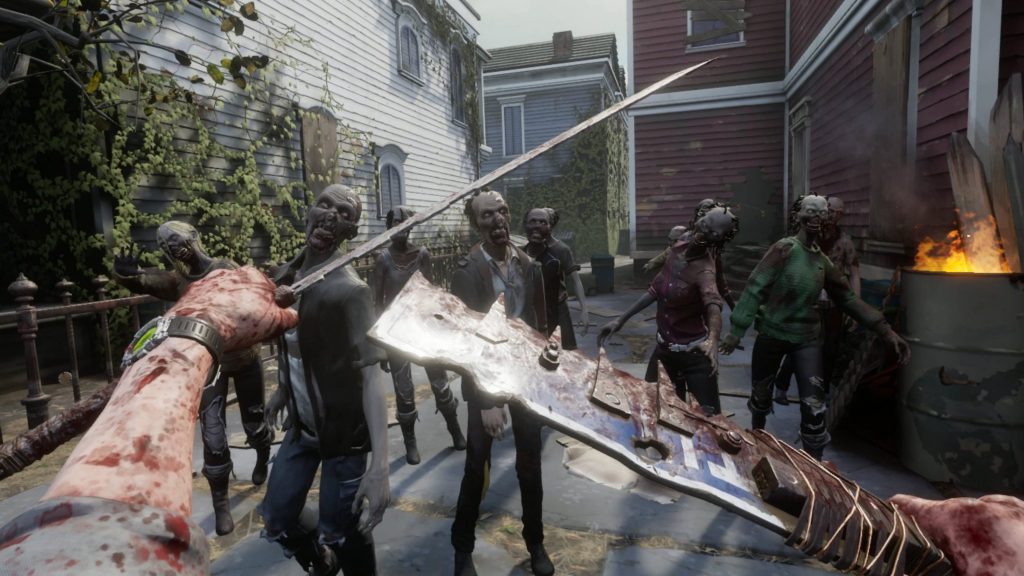 The PlayStation Blog revealed this week that The Walking Dead: Saints & Sinners was the most downloaded PlayStation VR title in May, across both European and US territories. It manages to supplant the usual number one holder Beat Saber, the rhythm-action videogame dropping to second and third respectively.

So it’s no surprise that alongside the top download spot, the monthly Players’ Choice winner was also The Walking Dead: Saints & Sinners. Beating out shark sim Maneater (2nd) and Minecraft Dungeons (3rd) which is quite the achievement.

Created in collaboration with Skybound Entertainment (founded by The Walking Dead creator Robert Kirkman), The Walking Dead: Saints & Sinners provides players with its own original storyline set in New Orleans. Players have to scavenge for food and crafting materials, navigate walker filled streets and find out what secrets the locals are hiding.

The only other new PlayStation VR title to make the download list for May was brutal gladiator experience GORN, managing 2nd place in the US and 3rd place in Europe. Pixel Ripped 1995, Down the Rabbit Hole and Final Assault (EU) all hit PlayStation Store but didn’t make the top ten.

It’s an exciting day for PlayStation fans because a little later Sony Interactive Entertainment (SIE) will hold its PlayStation 5 ‘Future of Gaming’ broadcast showcasing what videogames are coming to the console. Hopes are that the company will finally reveal what the hardware will look like. When those details are revealed, VRFocus will let you know.