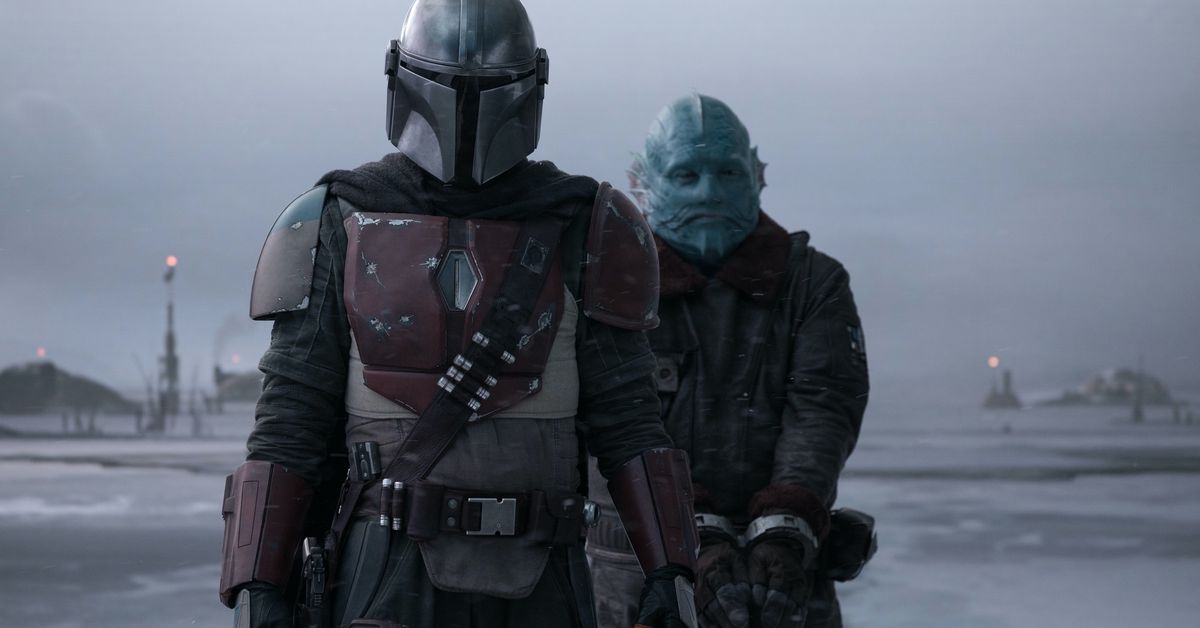 Star Wars is synonymous with big; big battles, big ships and, most importantly, big movie theater screens. But the future is changing, and The Mandalorian perfectly demonstrates what it looks like.

The next three years will see Star Wars’ universe expand on Disney+. Disney isn’t planning to release another Star Wars movie until 2022. Executives have publicly recognized the audience fatigue the current annual release schedule brings. It’s the first time in four years that there won’t be an annual Star Wars movie, but the franchise isn’t really going anywhere.

The first toe dipped into the water was Disney+’s The Mandalorian, which just aired its season finale to critical and fan praise. Ultimately The Mandalorian’s ambitious, albeit-hiccup-filled first season was satisfying, and a perfect example of how Lucasfilm can expand the Star Wars universe without having to rely on big theatrical events. Even in parts where The Mandalorian stumbled, it never felt as severe as problems people have with Star Wars movies, like the prequels and The Rise of Skywalker.

Those stumbles are growing pains that can be ironed out in the subsequent season. There’s less pressure for a Star Wars show compared to a new movie — and especially a new trilogy. Lucasfilm and Disney are now in a perfect spot: The Mandalorian is a success, Star Wars is ripe for more experimentation, and Disney+ is a new sandbox that will allow for similar experiments. The future of Star Wars won’t only live and die by big event films like The Rise of Skywalker; it’ll succeed with a consistent run of weird and fun Star Wars shows.

The Mandalorian is one project that was tested and exceeded everyone’s expectations, including Disney CEO Bob Iger. The Mandalorian became the most talked-about show of the year, and created a phenomenon in Baby Yoda. Weekly hype on Twitter for new episodes starkly contrasted the negative discourse surrounding The Rise of Skywalker. Much of the conversation, which brought up issues people had with the trilogy as a whole, including The Last Jedi, seemed to signal a point of weariness for the current Star Wars saga. While the movies aren’t going away forever, fatigue is settling in.

The next couple of years will exist as time for Disney to tweak Disney+, and test out ideas within beloved franchises to see what people want and what they don’t. The animated Star Wars: The Clone Wars is coming back for a seventh season next year, and there’s a possibility that Diego Luna’s series based on his Rogue One character, Cassian Andor, could land in the second half of 2020. The Mandalorian is already renewed for a second season, likely to appear in 2020 or 2021. And then there’s Ewan McGregor’s Obi-Wan show, once rumored to be a spinoff-film similar to Solo, which is likely to hit as a streaming series in 2021. Star Wars as a universe feels even more integrated with Disney+ than it did as a series of films and select animated shows.

Disney+ as a product is a big bet for the company, and the stakes are high, but taking bets on shows that once upon a time may have been forced to fit into a bigger tentpole movie template isn’t as risky. Disney needs content for its streaming service. Star Wars as a universe allows for countless stories. It’s a perfect franchise for Disney to explore, giving fans more Star Wars in their lives, but in bite-sized chunks that aren’t as connected to the Skywalker saga.

Cross-pollinating Disney+ and big theatrical events is a way to keep people engaged with a franchise — even if it’s exhausting and eye-roll-inducing from a creative standpoint. There are multiple ways to build out a franchise — just look at The Matrix, Fast and Furious, and DC Movies — but based on prior comments from executives, Disney is likely to take an approach with Star Wars that echoes what Marvel Studios has planned. That includes bringing on producers like Kevin Feige, who essentially shaped the Marvel Cinematic Universe, and teaming with individual directors to tell different stories within the Star Wars universe.

It’s already a strategy we’re beginning to see in action. New shows like Falcon and the Winter Soldier will pick up where Avengers: Endgame left off. Others, like Loki and WandaVision will exist in tied-in universes. Using big tentpole movie events like Doctor Strange and the Multiverse of Madness to tie it all together is part of Feige’s strategy for the MCU. Marvel’s future is reliant on Disney+ being more than a platform where movies end up and one-off TV shows live. If all goes as planned, they’ll feed into each other.

The Marvel Cinematic Universe is not just a theatrical play, Agnes Chu, head of content for Disney+ told The Verge. By looping in stories with Disney+ shows, it’s a streaming one too. It’s not just Marvel that Disney is looking to do this with either, according to execs. Other franchises — like Star Wars — are also set to receive similar treatment. If Disney wants to move Star Wars forward as a franchise, using Disney+ as a playground to take bigger swings and push creative boundaries is essential. The Mandalorian is proof.