The Curious Tale of the Stolen Pets is the kind of VR game you play when you want to feel warm, cozy, and happy inside. It makes you laugh, it makes you smile, and often times it makes you feel clever and creative.

It’s easier than it should be to let yourself get bogged down in VR experiences about violence, suffering, and realism rather than escaping to a colorful, whimsical world designed to evoke more positive feelings. Luckily The Curious Tale Of The Stolen Pets is here and it’s just as delightful as its artwork makes it out to be. This is truly wholesome VR gaming at its lightest and best.

The Curious Tale of the Stolen Pets is about taking on the role of an imaginative child set out to help your grandfather solve mysteries involving stolen pets by exploring wonderfully realized miniature worlds. It’s a simple and peaceful story featuring your grandfather’s loving voice as narration, but does explore some familial themes about rocky relationships and the elusive nature of memories. Overall though if something like Ghost Giant was a bit too depressing and A Fisherman’s Tale was a bit too esoteric, then The Curious Tale could scratch your puzzle-loving itch.

Each level is realized as a tiny little diorama-style world, sort of like the vignettes from VR games like Moss, the floating planets from Super Mario Galaxy or the emotionally-charged VR animation, Allumette. I’m reminded a bit of GNOG as well. Each of them features dense puzzles layered on top of one another, some collectibles to discover, and plenty of devilishly charming critters to locate. This is all about stolen pets, after all.

Read:  No Man’s Sky: Beyond Confirmed for August Launch 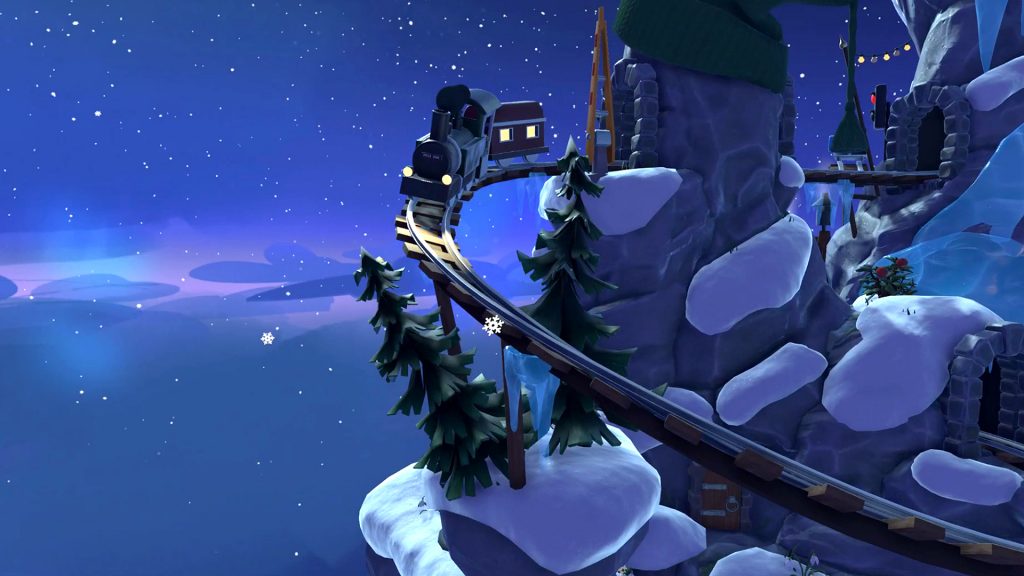 The Curious Tale of the Stolen Pets does what all great VR games do and makes it abundantly clear that it could never work outside of VR. The whole game, from top to bottom, is about reaching out with your hands, manipulating things in 3D space, leaning, looking, and exploring all around you. I played primarily on Oculus Quest for this review for the convenience factor alone and loved looking at all of the nooks and crannies of every level.

It’s not a long game, wrapping up in just a few hours, but each world is so singularly thematic and expertly crafted the immersive value of those minutes is far higher than average. During one of the early worlds that’s covered in snow you have to dig pretty deep, mentally, to connect the dots and understand which chain reaction of events is needed to multi-task efficiently.

That being said, it’s a bit one-note in a lot of ways. Most of the puzzles devolve into a mostly aimless scavenger hunt rather than requiring true ingenuity to solve. I’d have preferred more creative solutions that pushed along a more vibrant narrative over the broad strokes on display here. 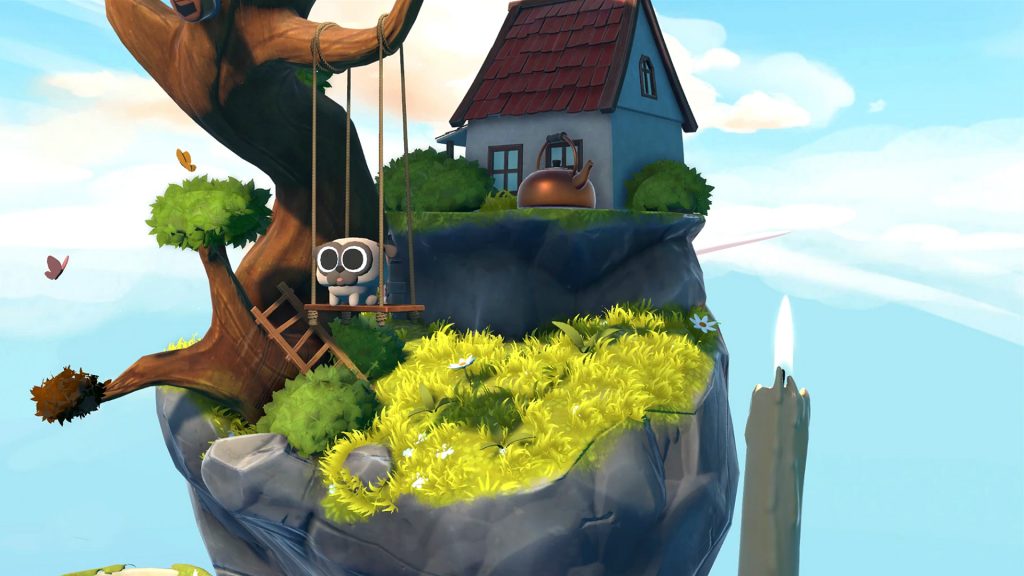 Visually, it evokes a happy sense of calmness. The self-contained levels are emotive and vibrant, if simple — just like the puzzles they hide beneath the surface. It does suffer from a common VR hurdle in that it ties itself so heavily to promoting its interactive bits that every object you can’t pick up or nudge feels unfairly out of place. Interaction in VR is typically an all-or-nothing determination so half-measures can be a bit frustrating.

Read:  The VR Way of Customizing your Weapons! -Scraper: Gauntlet coming next Thursday-

In terms of comfort, The Curious Tale of the Stolen Pets is about nausea-free as you can get for a VR title. The worlds float in front of you and your movement is entirely up to you. It can be played seated or standing just fine and you grab and pull the world to bring it up and down and around you. No one should have to worry about VR sickness with this title. 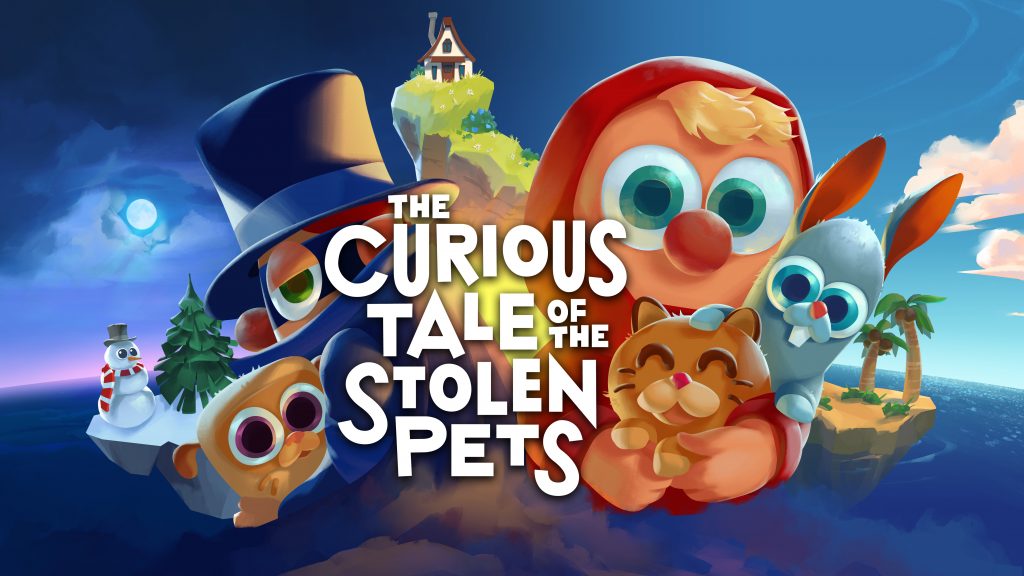 The Curious Tale of the Stolen Pets Review Verdict:

None of that prevents The Curious Tale of the Stolen Pets from hitting its highest notes, though. It’s genuinely difficult to play the game without a smile on my face and I only hoped for more creativity, more whimsical delights, and more exploration of the character’s forgotten past. It borders on feeling too shallow at times, but all-in-all does a masterful job of exploring its themes before it’s all over and that’s all you can really ask for from a puzzle game of this temperament.

This review was conducted using primarily the Oculus Quest version of the game, but also referenced the Oculus Rift version on Home as well. The Curious Tale of the Stolen Pets releases on November 14th on Steam with support for Rift, Vive, Index, and Windows VR, on Oculus Quest, on Oculus Rift via Home, and on PSVR for $14.99 on all platforms. It will feature cross-buy between Quest and Rift on Home.

You can read more about our five-star scoring policy here.

The post The Curious Tale Of The Stolen Pets Review: Charming And Delightful Puzzle Solving appeared first on UploadVR.

Read:  A VR story of love, adventure and letting go: LUCID | Behind The Scenes