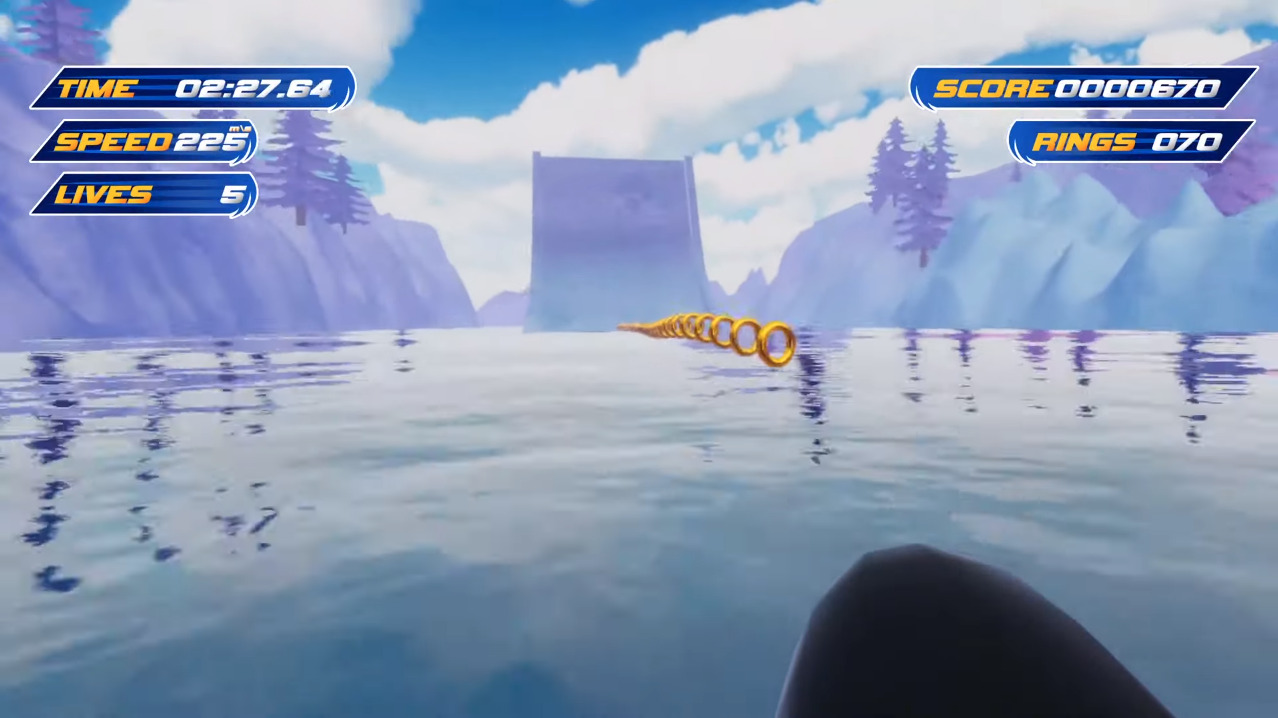 A lot of big videogame companies don’t like fans messing with their IP’s, creating their own little spin-offs. Sega doesn’t seem to mind so much, especially when it comes that beloved blue hedgehog Sonic. So much so that there’s even a dedicated event called Sonic Amateur Games Expo (SAGE). That’s where one dedicated creator will debut Virtua Sonic, built specifically for virtual reality (VR).

Built by SuperSonic68, a well-known creator behind Green Hill Paradise as well as the Bumper Engine, Virtua Sonic makes use of VR’s motion controllers to provide a gesture-based system for all forms of movement. This ranges from swinging your arms to move forward (holding move buttons), crossing your arms to roll and thrusting arms back to perform a homing attack to stomping the ground with a dual-arm raise and once at a certain speed swinging those arms back again to shift up a gear.

The Sonic The Hedgehog franchise is famous for its speed and rapid gameplay around the scene, not always a great mix for VR. “This project’s goal is to push the boundaries of what sorts of experiences are capable in virtual reality, showcasing the potential of the medium as it pertains to high-speed action games,” says the developer on YouTube.

“In my research, I have discovered that it is not necessarily motion itself that gives players motion sickness, but a lack of expectation of how that motion is going to behave.” He goes on to say: “so long as the player feels in control of themselves at all times, motion sickness should cease to be a hindrance to the player.”

From the looks of the initial teaser trailer shown below SuperSonic68 seems to be on the right track. While there’s no real way of knowing how comfortable Virtua Sonic is from a video, several of the gestures have been seen in other VR titles like Sprint Vector so they do work. As the trailer goes through all the main controls it’s easier to get a sense of how the gameplay works which is why the project is so promising.

Virtua Sonic will work with all SteamVR-compatible headsets like Oculus Rift, HTC Vive, Valve Index and Windows Mixed Reality. The SAGE 2020 expo is due to take place from 5th – 12th September so if you’re there (and if it goes ahead because of COVID-19) then don’t forget to check it out. As further details on Virtua Sonic are released, VRFocus will let you know.