In September of last year, VRFocus reported on Ubisoft building a team specifically for virtual reality (VR) content development, with a lot of the positions at its Dusseldorf office – formerly Ubisoft Blue Byte. The team specialised in location-based entertainment (LBE) having already created Assassin’s Creed Origins: Escape the Lost Pyramid and Beyond Medusa’s Gate. Now its latest project has been unveiled, taking gamers on another immersive journey inside a popular videogame IP with  Prince of Persia: The Dagger of Time. 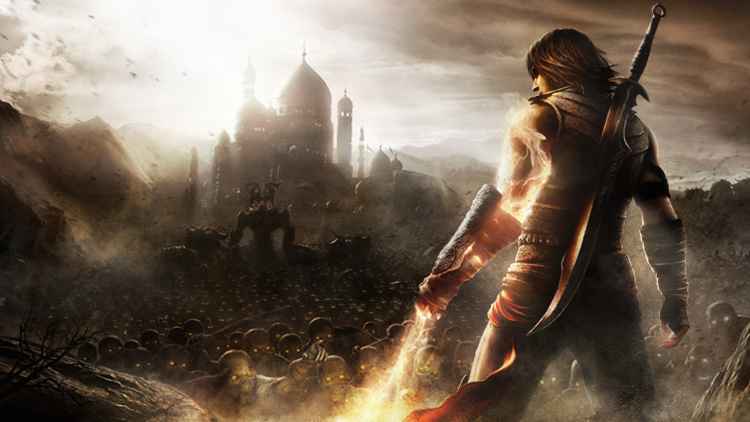 Based on The Sands of Time trilogy, the narrative involves players being summoned to the Fortress of Time by Kaileena (the Empress of Time) to stop an evil Magi. Kaileena restores and gives the Dagger of Time to the players so they can reach the Hourglass Chamber and use it to stop the Magi, preventing an army of Sand Monsters from being unleashed.

The experience is designed for between 2 – 4 players, cooperating with teammates to complete the shared goal. Prince of Persia: The Dagger of Time will require players to solve puzzles by using the titular artefact’s powers to stop, rewind, or fast-forward time as well as utilising the benefits of roomscale VR, climbing walls and exploring the digital space.

“Our VR escape rooms are meant to be larger-than-life adventures; something you can’t do in the real world, something you can totally immerse yourself into once you put on the VR headset. Prince of Persia ticked all the boxes,” said Cyril Voiron, executive producer for Ubisoft Escape Games in a blog post. “The Sands of Time series seemed to be the perfect fit, because it not only offers a fantasy setting, but the original games also come with many elements that fit perfectly into VR, such as puzzles and, of course, using powers such as time control.”

Detailing a little more about how the gameplay works, Voiron went on to say: “Only the player who holds the Dagger of Time in their hands can control time, and they can stop, rewind, or move time forward. When they do so, we added some visual and audio cues so the other players also realize that time is being manipulated. It is quite impressive the first time that you can freeze the world around you!”

Prince of Persia: The Dagger of Time will be made available to VR arcades worldwide who use the Ubisoft Escape Games platform this Spring. For further updates on Ubisoft’s latest LBE VR offerings, keep reading VRFocus.