Back when I worked in the music industry, I never imagined there would be a day that I’d be able to sit in a room surrounded by virtual album covers while listening to beats, but that day is really here.

However, while Spotify’s collaboration with Magic Leap is a welcome bit of mainstream energy into the cutting edge world of immersive computing, the pairing is, well, not quite as polished as one would hope.

A few weeks ago Magic Leap and Spotify unveiled an augmented reality app that allows you to enjoy music through your Magic Leap One, along with immersive visuals, but since the launch, there hasn’t been much talk about the app — not even from the small community of passionate Magic Leap users.

Why? That’s what I endeavored to find out when I dove into testing out all the features of the Spotify app for the Magic Leap One.

Let’s start with the sign-up process. It’s pretty confusing. For several days I assumed there was something wrong with the app because I couldn’t seem to get the app started. Turns out, this app is (for now) geared toward people who already have a Spotify Premium account ($9.99 per month) on their desktop or mobile device. If you don’t already have a Spotify Premium account, the app just doesn’t work. If this “app won’t work without an ‘existing’ Premium account” stipulation is explicitly explained somewhere, I wasn’t able to find it.

And guess what? You can’t (as of this writing) sign up for the Spotify service via the Magic Leap app. Sure, it makes sense that Magic Leap is partnering with mainstream media companies to deliver content through a new platform for new subscribers. But if you don’t give users the ability to subscribe to a mainstream service directly on the Magic Leap One, you’re kind of asking for a lot of user dedication and passion to jump through the hoops of signing up as a new user on their desktop “just” to use the Magic Leap app. 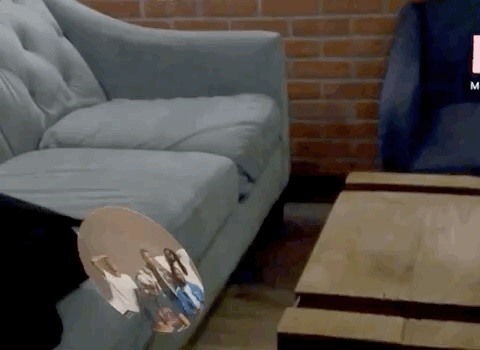 But with the Spotify Magic Leap app, you must first sign up and then go through the additional step of actually playing a track on your desktop or mobile Spotify app before the Magic Leap Spotify app will properly sync and work on the Magic Leap One. I’m not sure if this is a temporary bug or deliberate, but it took forever to figure out and is probably stopping some people from using the app.

Not an AR iPod, But Close

All that said, once you get it working, it’s pretty fun, at first. Yes, you can play tracks on the Magic Leap app and place album cover art all-around your home or office. It’s great. But for some reason, you’re only able to play the music that has already been selected and/or played via your desktop or mobile Spotify app.

I was unable to find any function in the Magic Leap app that allowed me to search for specific new titles. There is an option to browse “types” of new music, but if you’re a hardcore music fan, you need a search function to look for specific titles and artists. Therefore, the app really serves more as a hobbled version of the Spotify desktop and mobile app that’s really only fully useful if you frequently access your desktop or mobile app as well. 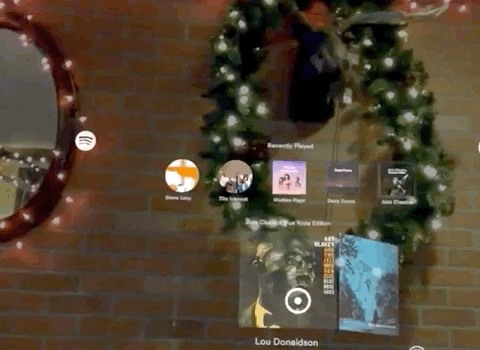 One way around this is to use the mobile Spotify app on your smartphone or tablet while you’re using the Magic Leap One Spotify app. That way, you can change tracks, add tracks, and search for new music and have the music or podcast immediately play through the Magic Leap headset (when you first open the mobile Spotify app, you’re asked if you want to continue listening on Magic Leap or switch to listening via your mobile device). It’s a smooth workaround, but…why should there be a “workaround” on a $2,300 device? At that price, it’s reasonable to expect to be able to use an app and its full functionality completely on the Magic Leap One rather than forcing me to also access a second device.

There is one major bright spot in this situation and that’s Overture. Magic Leap teased Overture months ago but had nothing to show off its powers. But now that Spotify is on Magic Leap, Overture’s usefulness becomes obvious.

If you want to continue your music listening while you’re in other apps, you can use Overture as a mini player with pause, skip, and volume controls while you’re multitasking. The Overture player can be resized to be as small and unobtrusive as you like, or you can turn it into a huge object hovering in space while you consume other Magic Leap content. 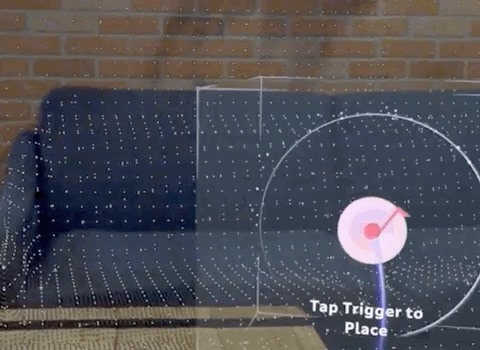 Nevertheless, since most Magic Leap apps that would work while Overture is running also require you to listen to audio (Helio web browsing and Gallery being perhaps the most significant exceptions), this seems more like nod toward future Magic Leap productivity apps rather than something most would use during daily Magic Leap usage via the current menu of app experiences.

I did think of one other way to harness the value of the Spotify app on Magic Leap: DJing. Imagine you’re a DJ with a well-curated Spotify playlist and you decide to connect your Spotify account to the Magic Leap One and want to share the experience. I thought it might be interesting to use the Magic Leap mobile app for iOS — which lets you show everyone what you’re seeing through the Magic Leap One using the “device stream” function — to provide an audience with a unique audio and visual experience. 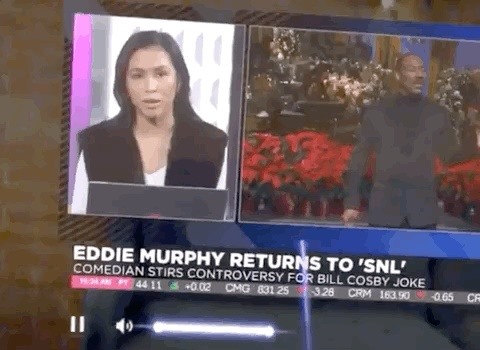 Sure, the audience would only see virtual objects (the album covers) mirrored on iOS-connected monitors, but it could be an innovative dynamic to engage music lovers in a new way in a public space.

Alas, the often buggy Magic Leap app for iOS is still incredibly buggy and I was never able to get the device stream function working. How is this still a problem after more than a year of the device being on the market?

The mobile-app-as-engagement fail also made me think about the missed marketing opportunities inherent in a Spotify app roll out on Magic Leap. Why didn’t someone inside Magic Leap execute my (pretty obvious) second screen window idea to launch the device at some event with a famous DJ or musician? There have never been more independent music artists experimenting with new technology. Would it have been that hard to pluck one of the popular new artists from SoundCloud to curate and play a Spotify tracklist at a music-focused event?

Just tried @magicleap at #FLOODFest2019 and encountered a new reality in music at #SXSW #MagicLeapOne pic.twitter.com/7lZaytASSN

Earlier this year, Outkast’s Big Boi posted a photo of himself wearing the device. That simple gesture received a decent amount of attention from music fans. And there’s currently a growing wave of music artists experimenting with AR in music videos and directly in mobile apps. You’re telling me that Magic Leap couldn’t find “one” well known music artist to help them launch the Spotify app to help it get some attention?

The missed opportunity is even more glaring when you consider how vocal the company’s CEO Rony Abovitz is about music being one of his primary inspirations.

The origins of @magicleap are steeped in music: it started in my garage studio, became a more serious thought on a band roadtrip to @sxsw, became a mission after a pilgrimage to zen with a Gandalf music producer in Jamaica, manifested as a scifi rock band in space comic…

I know, I’m digressing from the hands-on portion of this app review, but it just seems incredibly odd that such a high-profile company, with massive funding, would launch one of the leading mainstream music apps on its platform, yet fail to secure any sort of visible music artist tie-in to help raise awareness for an app experience that would excite many music lovers.

I’ll admit, listening to VGR’s “Jump Up, Super Star,” an indie remix of a Nintendo Super Mario Odyssey game trailer song, on the Magic Leap One does feel like something out of a trippy Neveldine and Taylor film. But overall, the inability to truly search and explore (outside of pre-selected collections) on the Spotify Magic Leap app, as well as the limited multitasking audio use cases within the Magic Leap app landscape places this app firmly in “experimental” territory.

So no, it’s not poised to become the killer app for the device. And if you’re truly a music lover, who, like me, can easily spend 12 hours in a row consuming music, the relatively short battery life of the device (roughly three hours) will force you to stop listening or plug the device into a wall outlet, two things you don’t want to think about when enjoying music.

Regardless, the act of sitting back and gazing at your virtual record collection in augmented reality is an undeniably cool experience that, while limited in practicality, still does push us a tiny bit further into a virtual interface future many of us have been waiting years to experience.