In case you hadn’t heard (somehow), Half-Life is coming back. Or, more specifically, it’s coming to VR. Half-Life: Alyx is set for reveal later this week and will release soonish on VR headsets, some 12 years after the last game in the series.

So, where did all of that come from?

To people outside of VR circles, all of this might seem a big sudden. But the truth is Valve has more than 7 years of history with serious interest in VR, all leading up to this moment. For many, it’s been a question of not if, but when? If you haven’t been following along on the adventure up until this point, let us take you back along the road to Half-Life: Alyx.

Before we get into this timeline keep in mind that VR as a real, technically usable, technology existed for decades prior to our current one. But it was expensive and low quality by modern standards, and practically all previous efforts to prepare the technology for consumers, including through VR arcades, failed. Instead, VR survived in labs and training scenarios where researchers could justify hundreds of thousands of dollars of investment in the hardware required to transport people to virtual worlds.

Then, with proliferation of small high resolution and low cost display panels and motion tracking hardware in this decade, things started to change. Enter Oculus and Valve. 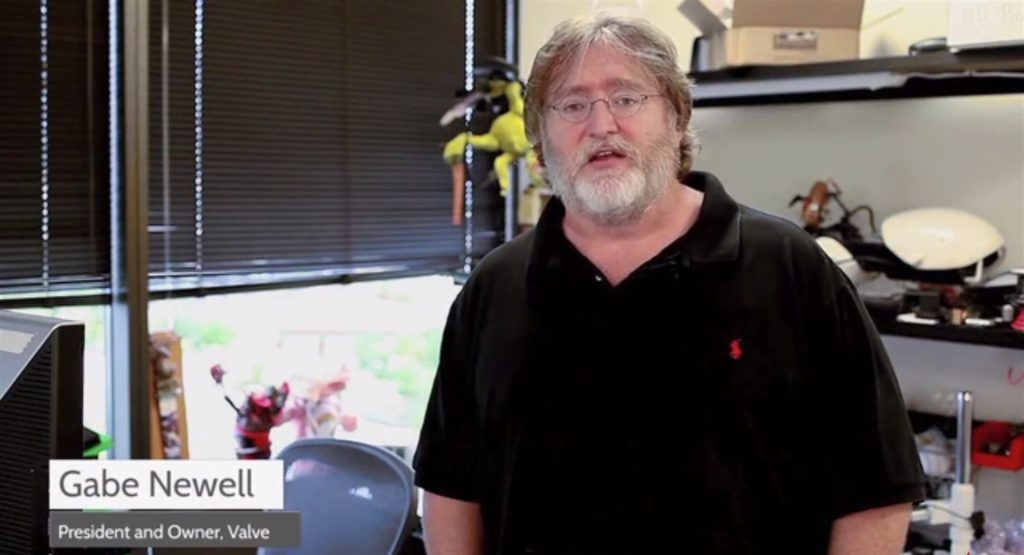 The Oculus Rift’s original Kickstarter page is a bit like stepping into a time machine. The then-fledgling company asked for $250,000 via crowd-funding and ended up raising nearly $2.5 million. That’s thanks in no small part to Valve, which endorsed Rift in the Kickstarter video. Michael Abrash (then a Valve developer, now Facebook Reality Labs head) and Gabe Newell himself appear in the clip.

Read:  Bouncing laser arrow mechanic I made for the game me and my brother are making. Its in slowmo to make it easier to watch. 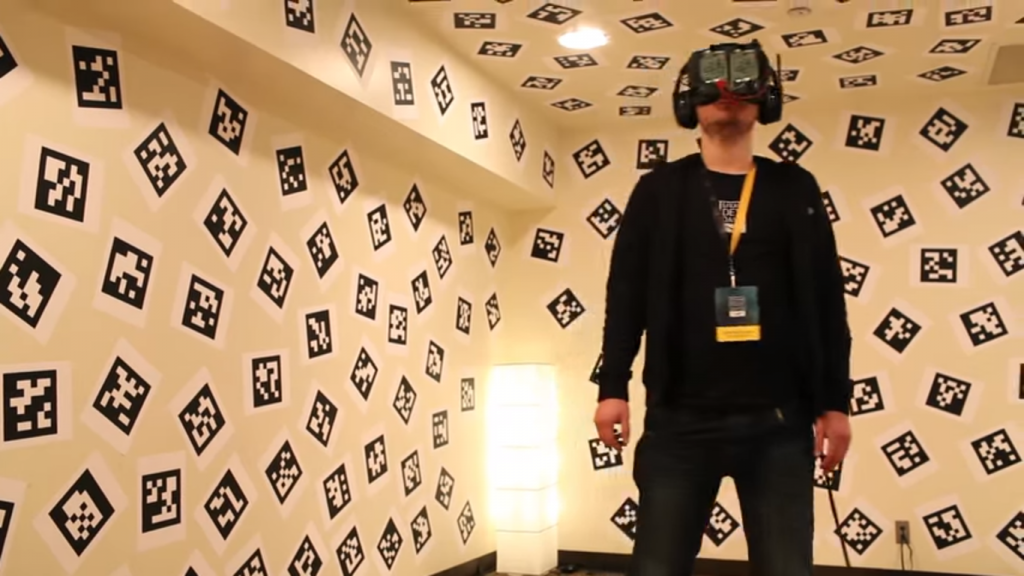 Alongside supporting Oculus, Valve worked on its own VR prototype technology. At Steam Dev Days, Michael Abrash provides details on the Valve VR Room, which has positional markers plastered on the walls, ceiling and floor to allow people to walk around in virtual space. Oculus co-founder Palmer Luckey also speaks at the event. 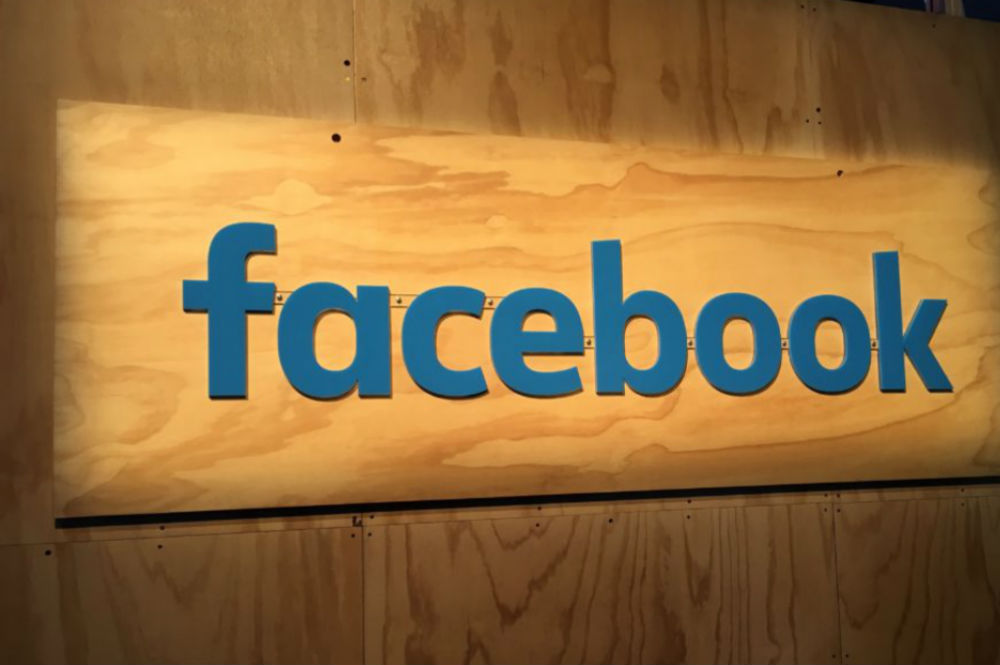 Following the success of its Kickstarter, Oculus gets bought up by Mark Zuckerberg for what’s now believed to be around $3 billion. Around this time Oculus started recruiting Valve staff including Michael Abrash and Atman Binstock, with a growing division between the companies ultimately pushing Valve to seek a partnership with HTC. 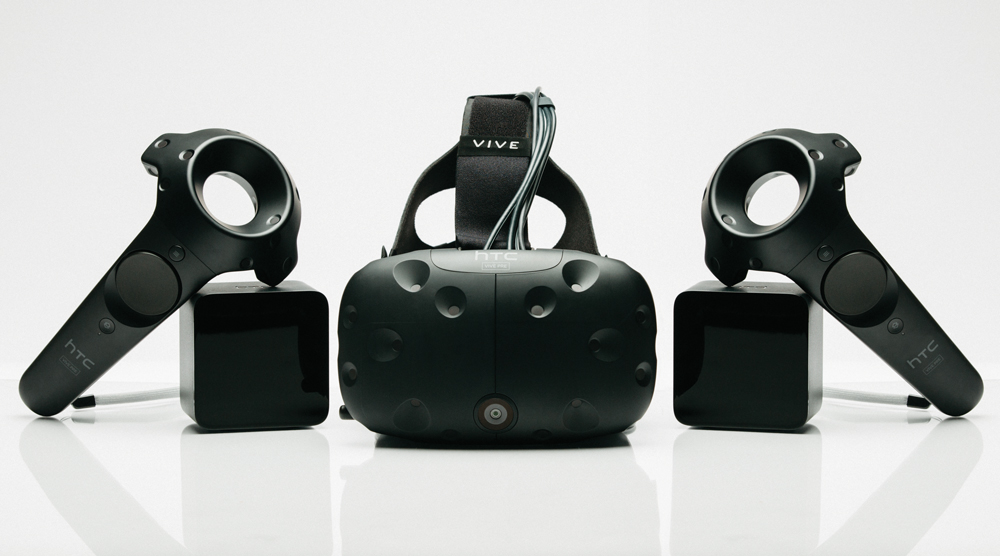 HTC announces the Vive at its Mobile World Congress press conference in Barcelona, while Valve demos the kit at GDC in San Francisco. While the world still awaits the reveal of the consumer Oculus Rift, Vive promises room-scale tracking, letting users walk in VR with their headset tracked by the precise timing of lasers scanning the room like lighthouses, complete with tracked hand controllers. Valve’s demos include a Portal-themed experience in which players fix a character from the game. HTC’s Cher Wang states she hopes Half-Life will be playable on the device, and the company apologizes for confusion soon after. 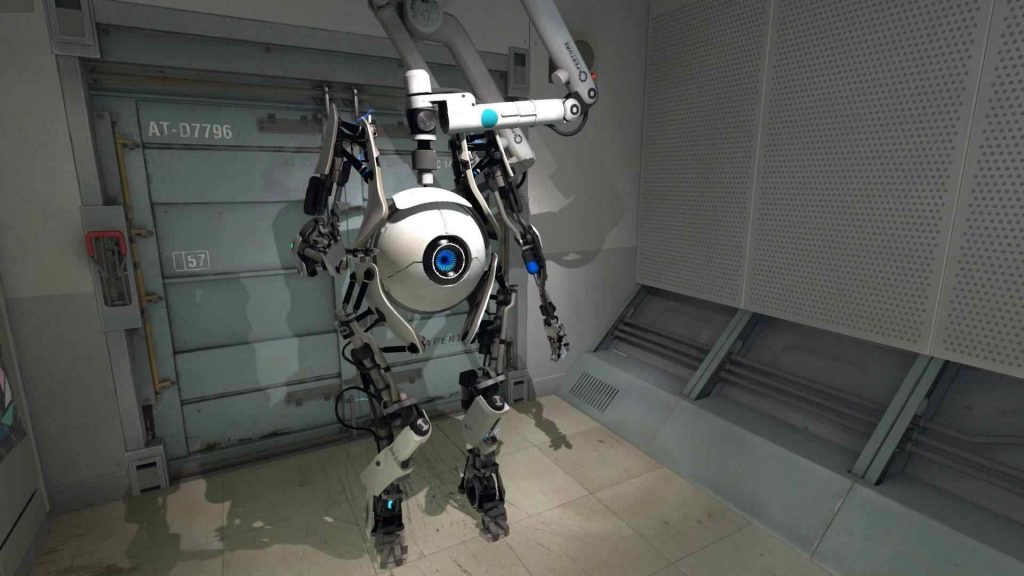 Vive starts shipping a little later than expected (initial units had been promised for 2015). On launch day, Valve releases The Lab, a compilation of its different VR minigames and experiments set in the Portal universe. Not only that, but updates to The Lab and other Valve releases are intensely datamined by fans and reporters like Tyler McVicker, finding regular references to ‘HLVR’ over the years. 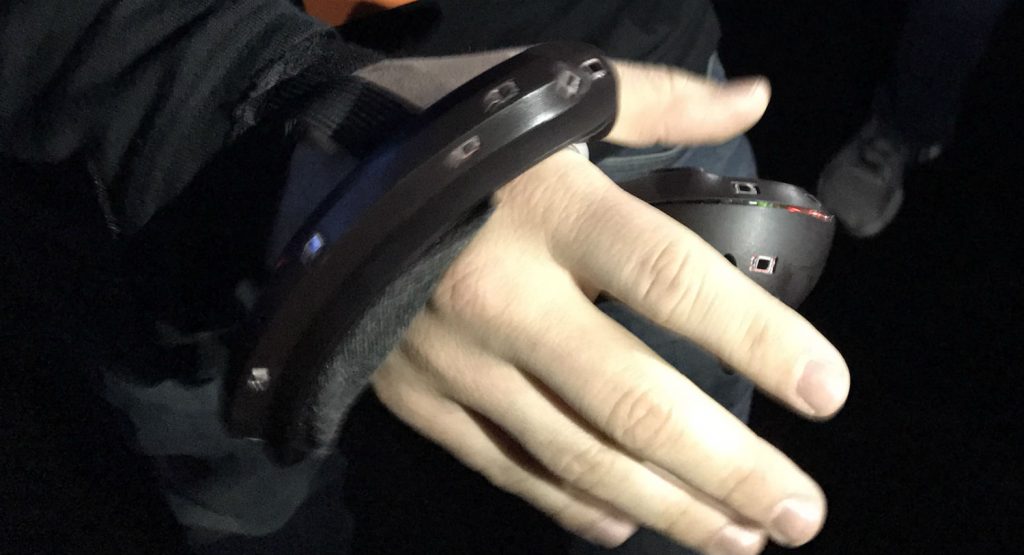 About six months following the launch of Vive, Valve hosts its next Steam Dev Days event. An image emerges of some very early prototypes for what it calls the Knuckles controllers, which would go on to become the Index controllers.

Valve updates press on its work in VR, revealing the SteamVR 2.0 Base Stations. At the same event, Gabe Newell confirms the company is working on not one, but three VR games. He specifically notes that these will be three ‘full’ VR games, not demos or experiences. It remains unclear if the other two games are still in production following the announcement of Half-Life: Alyx this month.

After months of rumors, images of a supposed new Valve VR headset leak online. Sources confirmed to us that they were real. This Half-Life VR game was said to be a prequel rather than the full Half-Life 3. It looks like this will still be the case. 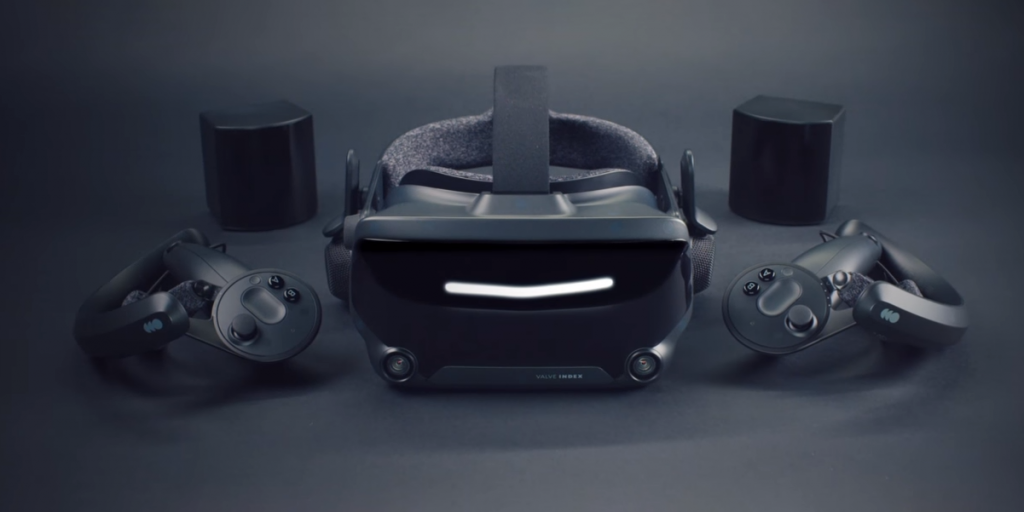 After a quieter few years on the VR front, Valve teases the reveal of a new VR headset and, after a few leaks, confirms the release of its own VR headset, not made in partnership with HTC. Index is an enthusiast PC VR headset with improved resolution, audio and comfort, shipping with the Index Controllers which enable finger-tracking and grabbing sensations in VR. The full kit costs $999. The same day, the company announces a ‘flagship VR game’ will release this year, not just on Index but all SteamVR-compatible headsets. 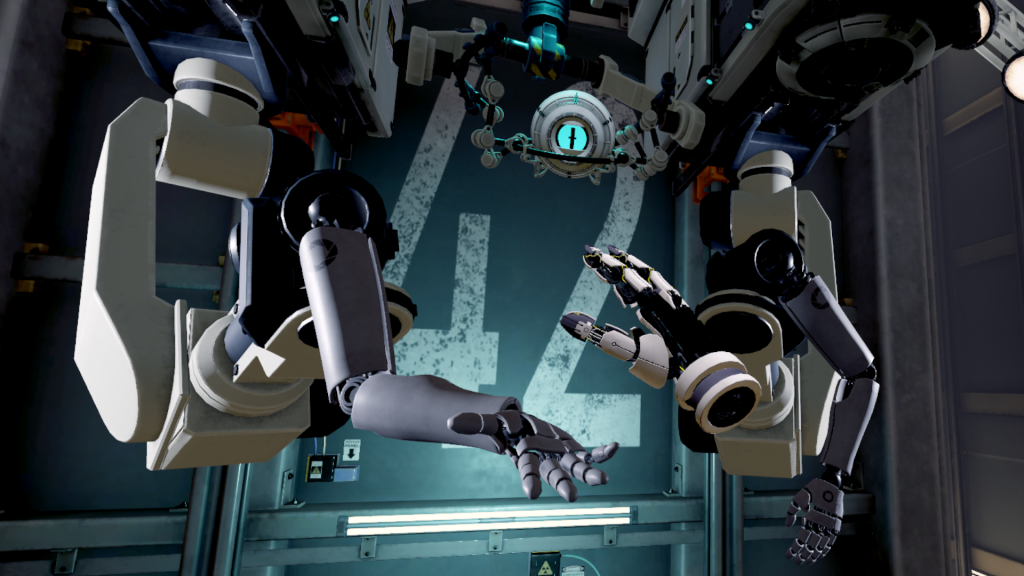 Two months on from reveal, Index starts shipping with no mention of the flagship VR game. Its launch is accompanied by Aperture Hand Lab, another free demo set in the Portal universe. It’s a showcase for the types of hand interactions possible with the Index controllers, developed by Cloudhead Games. 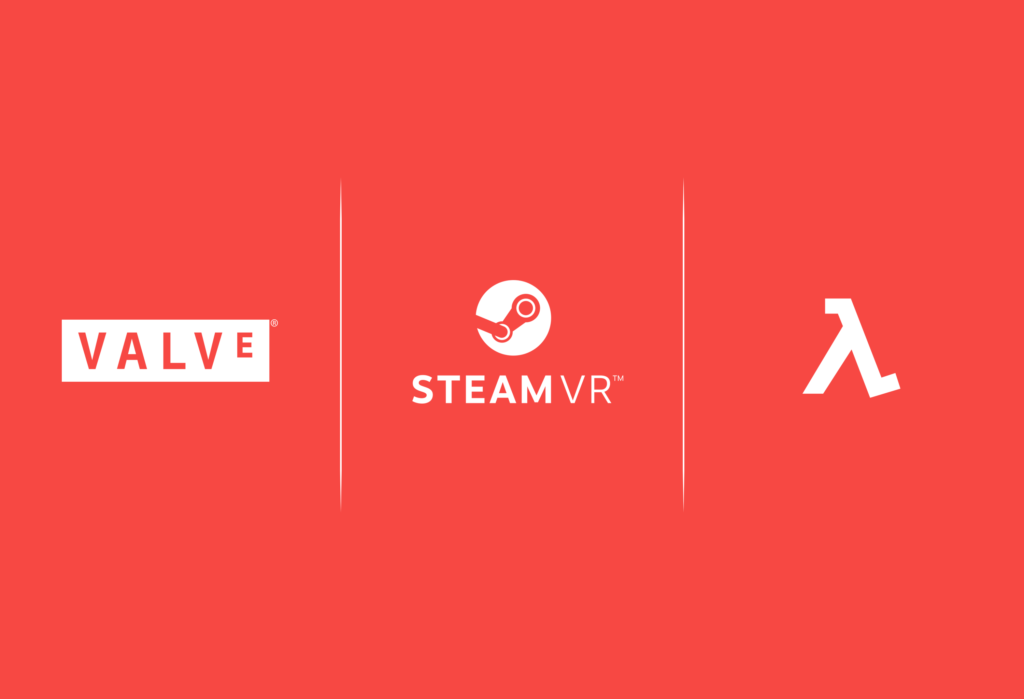 Rumors swirled in recent days that Half-Life: Alyx would be revealed at The Game Awards in December. Then Valve made its first-ever tweet, confirming that the game will, in fact, be revealed this Thursday, November 21. And now we wait. What will this reveal bring? We can’t wait to find out.

How are you involved with AR and/or VR?
Covid-19 Social Changes: Your Thoughts for AR/VR/MR