PlayStation VR owners are the only virtual reality (VR) gamers who can buy videogames as a physical copy, which is great for those collectors out there. This has been mainly thanks to Perp Games which has already announced the physical launches of Golem and Groundhog Day: Like Father Like Son this winter. This week another has been added to that list, Survios’ pirate combat experience Battlewake. 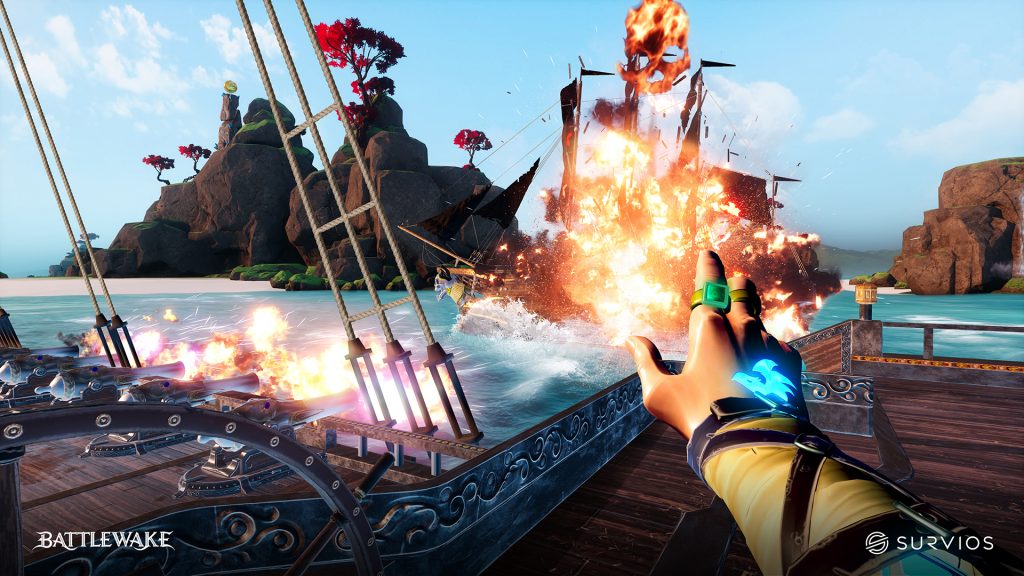 Featuring a single-player campaign as well as multiplayer modes, Battlewake puts you in charge of your very own pirate ship. You take the role of one of four Pirate Lords characters, each with their own ship and special abilities. The 20-mission story campaign can be played solo or in co-op, while the other online options include a 10-ship deathmatch mode and a  mission-specific mode called Warchest.

“Survios games are the most widely distributed VR titles in the world. This collaboration with Perp Games is an opportunity for Survios products to reach an even wider market in retail environments,” said Seth Gerson, Survios CEO in a statement. “From online distribution to LBE and now in-store retail, this continues our mission to bring VR to the masses.”

Rob Edwards, Managing Director of Perp Games, is excited to bring Battlewake to retail this Christmas. “We are extremely proud to form a strategic alliance with Survios, one of the leading global developers in VR. They have consistently developed amazing, much-loved games and we can’t wait to share a physical version of Battlewake with fans of Survios and VR.”

Read:  After months of failing I finally did it (it’s embarrassing because recently I beat header maps on the quest but hopped on psvr to try and beat this one)

VRFocus gave Battlewake a solid four-star review, saying: “Battlewake is a bit of a mixed experience. While its looks great and handles very well the multiplayer definitely carries the whole thing as the campaign is a little lacklustre.”

Perp Games plans to bring Battlewake to European stores on 6th December with a North American physical release in the near future. For further updates keep reading VRFocus.